Dr. Daniel K. Haataja is a Senior Lecturer in Finnish and Linguistics at the University of Minnesota.

Jonas Dahl is a former Member of Parliament in the Danish Folketing. During eleven years as an elected politician, Dahl, among other things, was chief whip for his party in the Parliament and one of the youngest ministers while he was a minister of taxation. Now retired from politics, he is CEO of Randers Regional Hospital.

Henrik Syse is a research professor at the Peace Research Institute Oslo (PRIO) and a professor of peace and conflict studies at Bjørknes University College in Oslo. Through reflections and examples, this lecture describes memory as a source of community and reconciliation rather than conflict.

Ville Niinistö is a member of the Finnish parliament, a member of the city council of Turku, a former chairperson of the Green League (Vihreä liitto), and former minister of the environment in Finland (2011–14). Finland and the rest of Scandinavia have been at the forefront of innovative environmental policies for decades. What motivates this engagement? How does Finland, in particular, balance the demands of economic well-being and environmental resilience?

Finnish Lessons: What can the U.S. Learn from educational change in Finland? – Pasi Sahlberg, 19 Mar, 2015

The Meaning of the Welfare State – Lasse Horne Kjældgaard, 17 SEPt, 2014

Kjældgaard, the Director of The Society for Danish Language and Literature in Copenhagen, discusses the dialogue between literary and political discourses during the early years of the welfare state in Denmark.

His Excellency Peter Taksoe-Jensen Danish ambassador to the U.S.: The changes we have witnessed are man-made and can be changed by man.

The Internationalization of Education and Research – Tora Aasland, 14 Sept, 2010 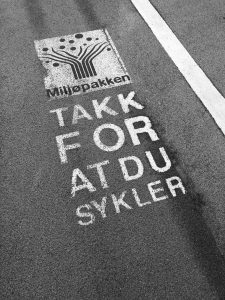